The 42mm watch features a robust stainless steel case, black rubber strap, and to mark the anniversary, 18ct yellow gold has been used for the hands, indexes, Bond family coat of arms at 12 o’clock and the limited edition plate. 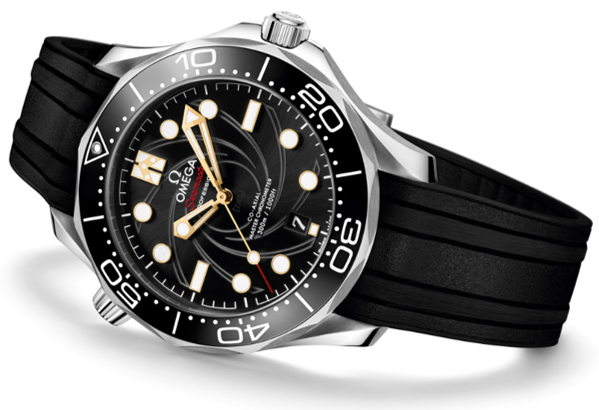 The spiral-brushed black ceramic dial is laser engraved with James Bonds’ iconic gun barrel design; the diameter of its centre is exactly 9mm.

A secret signature number 50 is revealed in the dark on the luminescent material of the 10 o’clock hour-marker. For a special tribute to James Bond’s heritage, OMEGA has placed the spy’s family coat-of-arms in 18ct yellow gold on the 12 o’clock hour marker. On the 7th day of every month, wearers will be rewarded with a James Bond reminder, as the number 7 on the date disc has been produced in the legendary 007 font.

With only 7,007 models available worldwide, OMEGA has ensured that every timepiece is given its own distinctive touch. On the side of the case, each limited-edition number is engraved on a screwed in 18ct yellow gold plate. 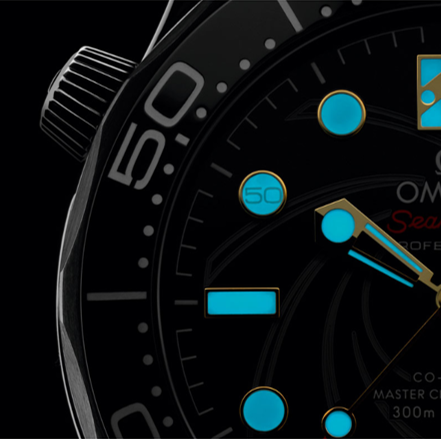 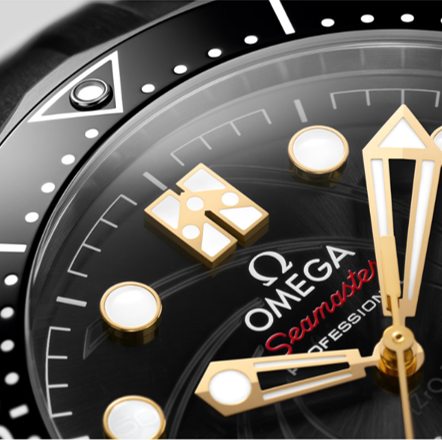 The innovation continues inside the watch, thanks to the OMEGA Co-Axial Master Chronometer Calibre 8800. With impressive precision, performance and a magnetic resistance of 15,000 gauss, it allows the timepiece to be certified at the industries highest standard.

This Diver 300M is more than a tribute timepiece. Its special features have been crafted using OMEGA’s most advanced techniques and materials – just the kind of innovation you’d expect when celebrating James Bond. 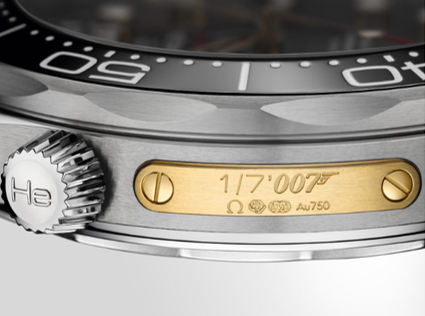 Discover the current OMEGA collection at Rudells Harborne and online.